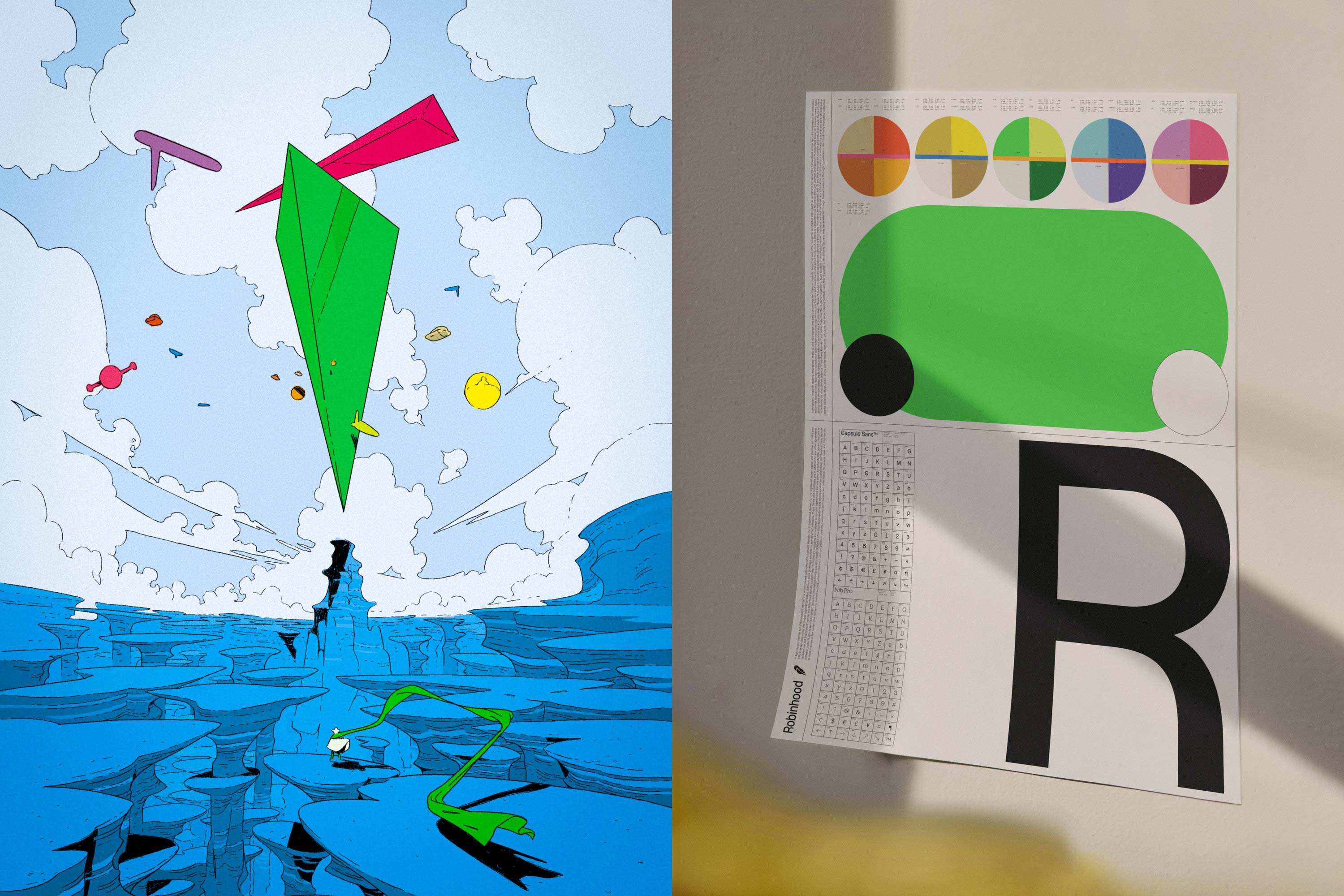 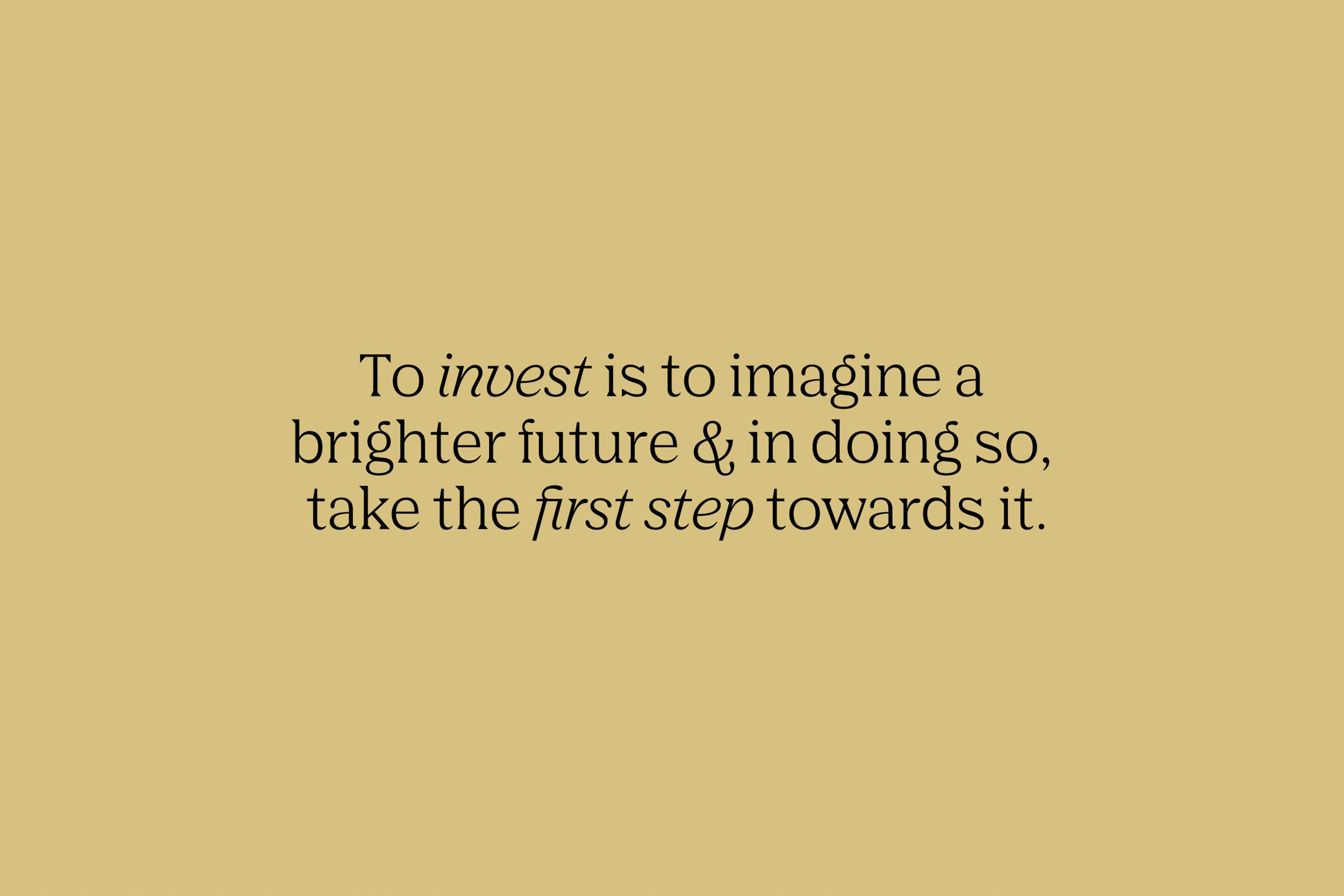 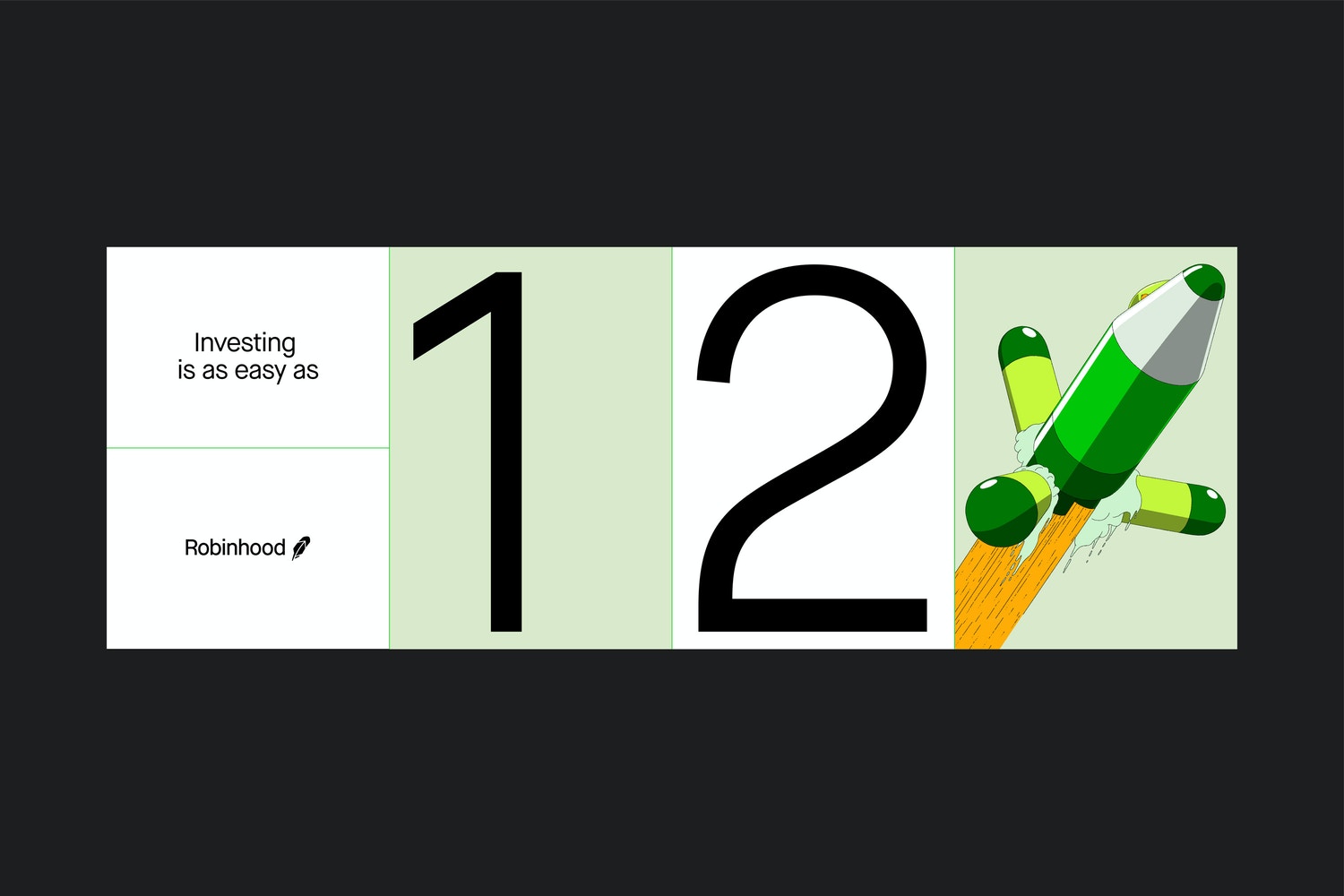 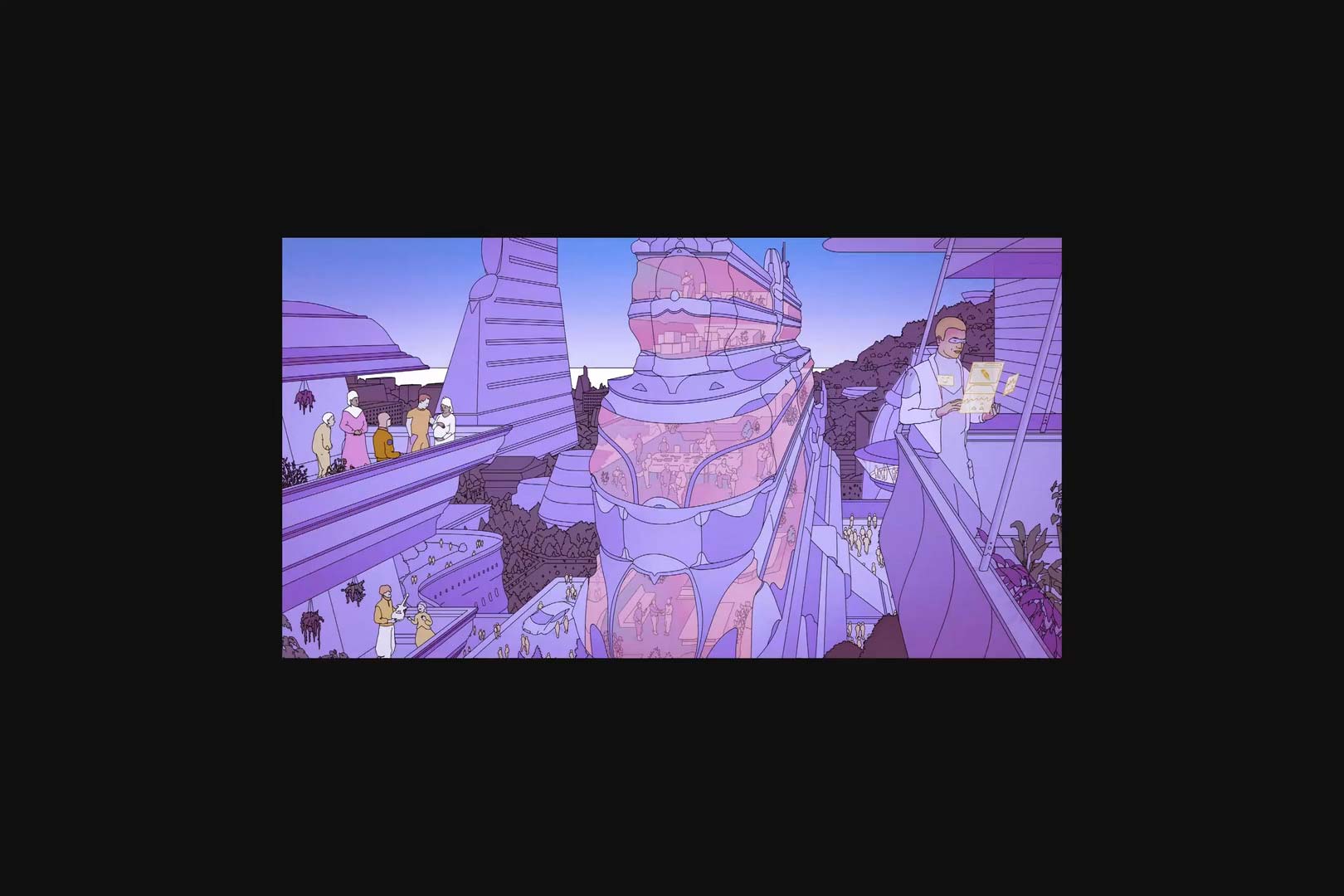 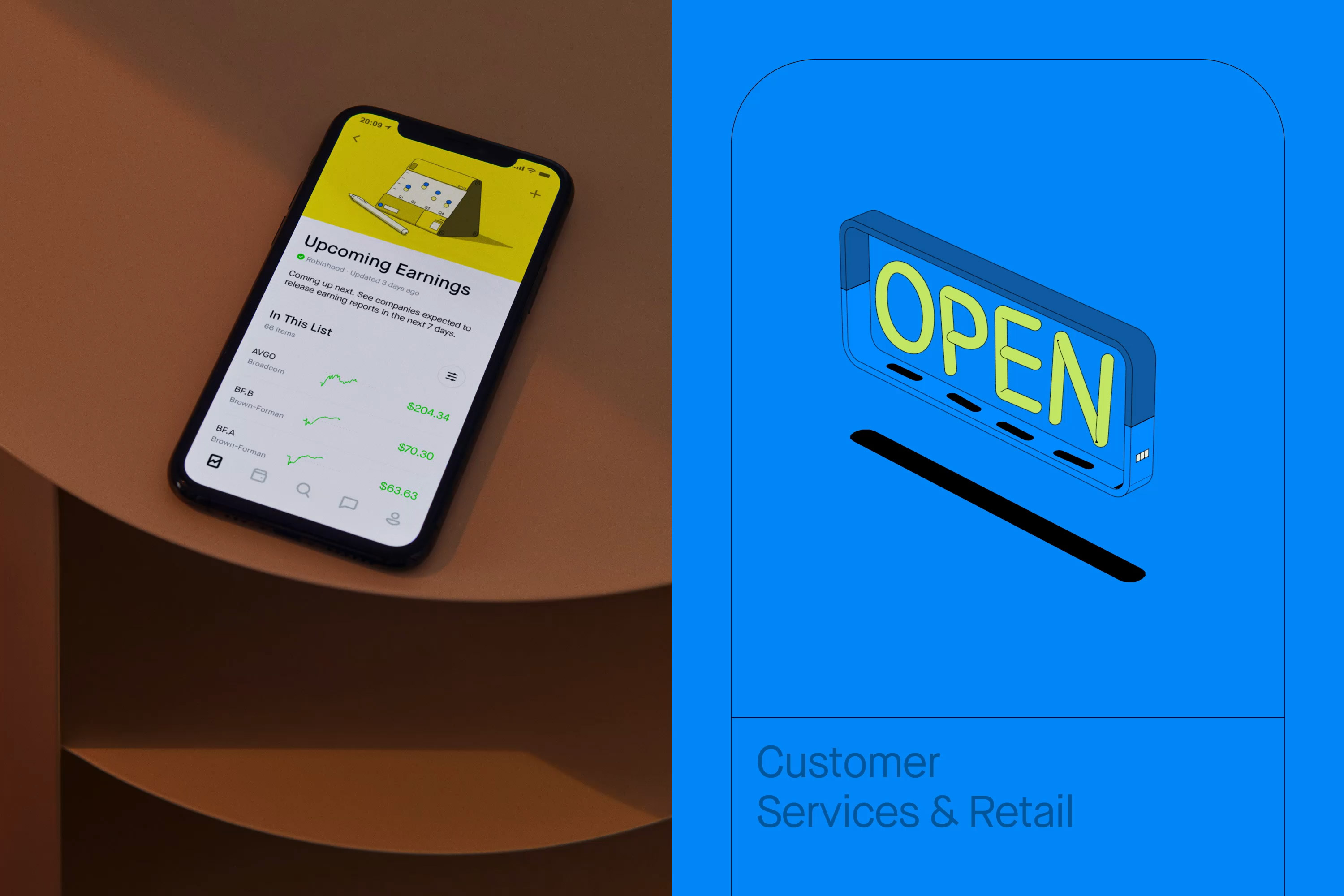 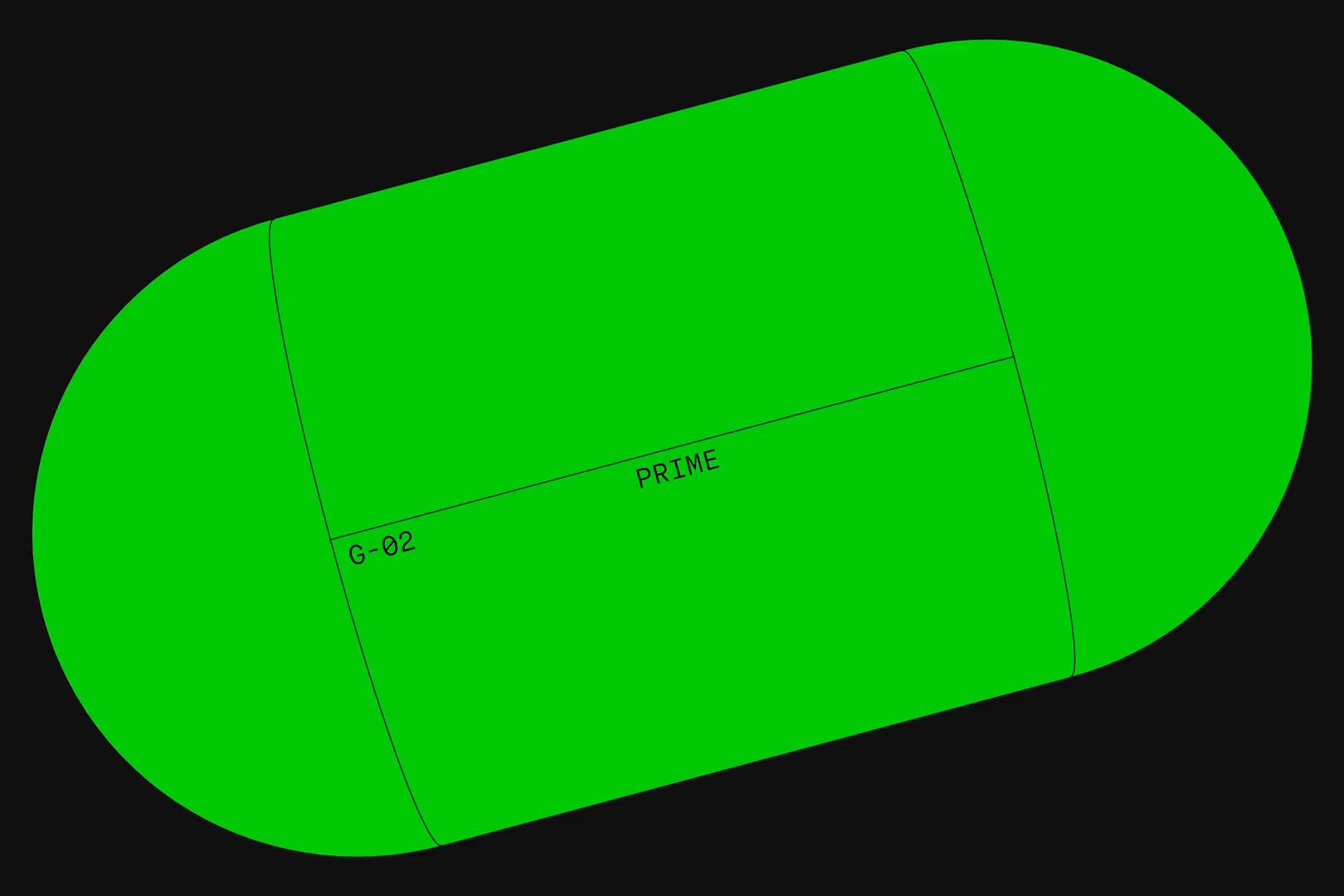 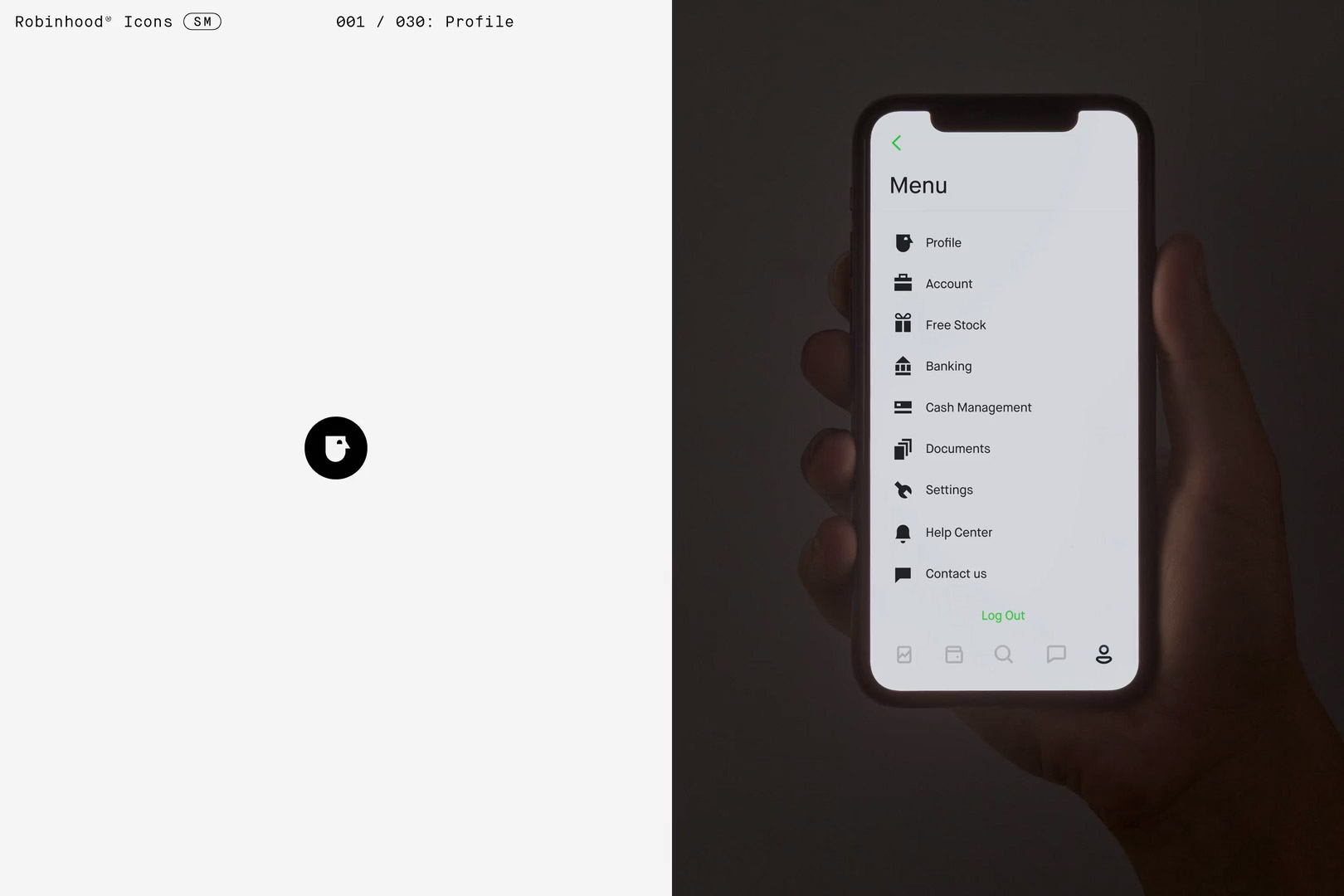 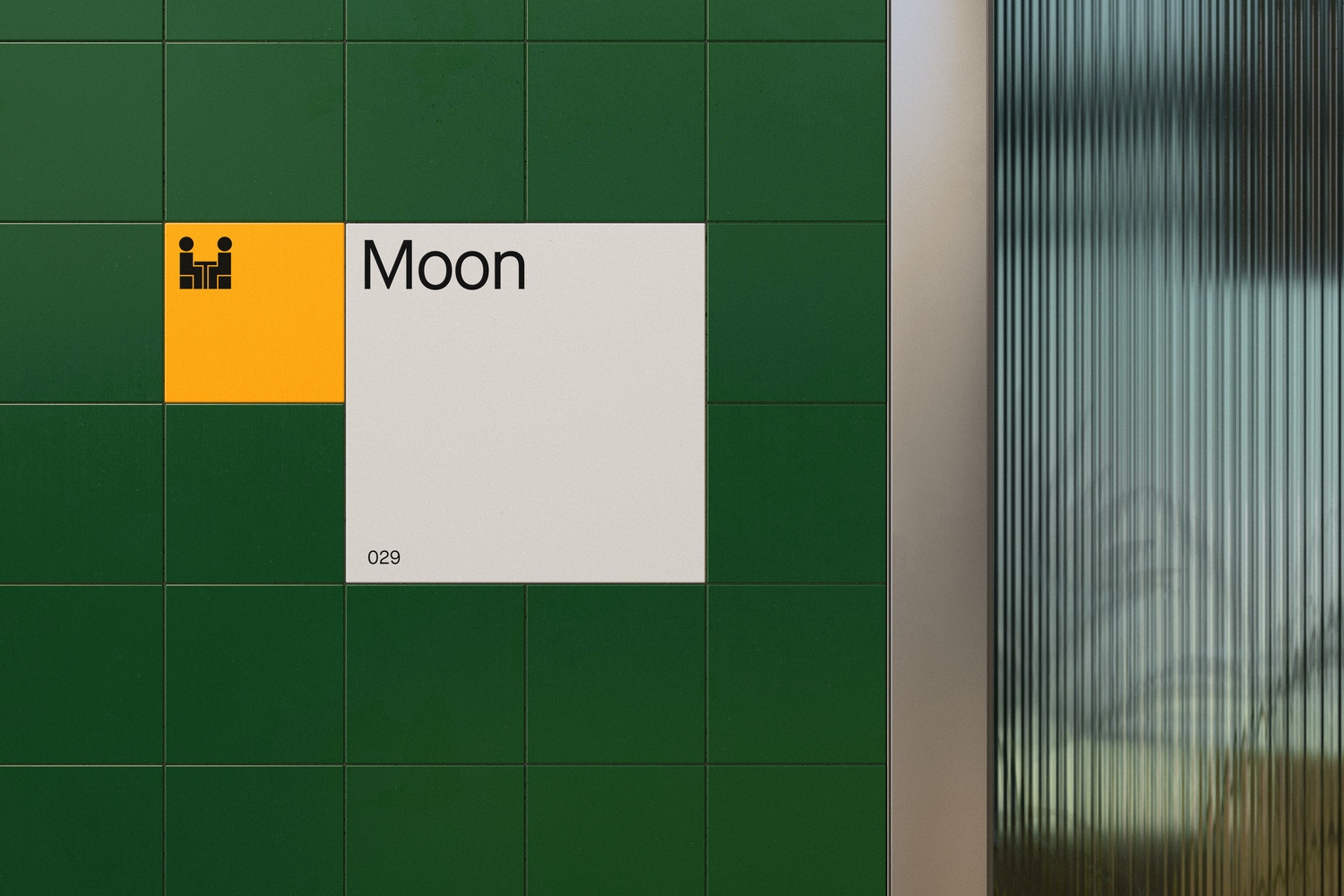 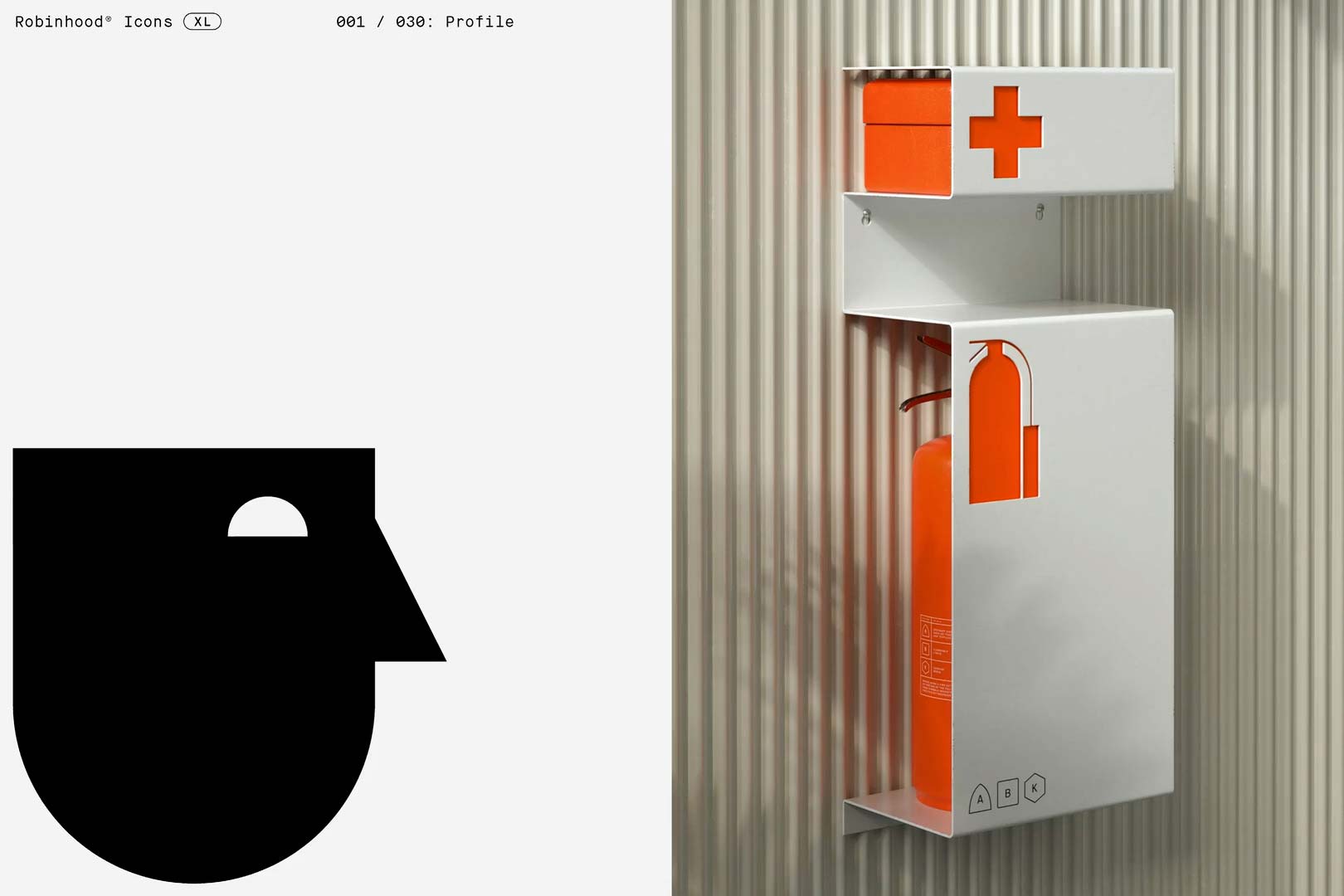 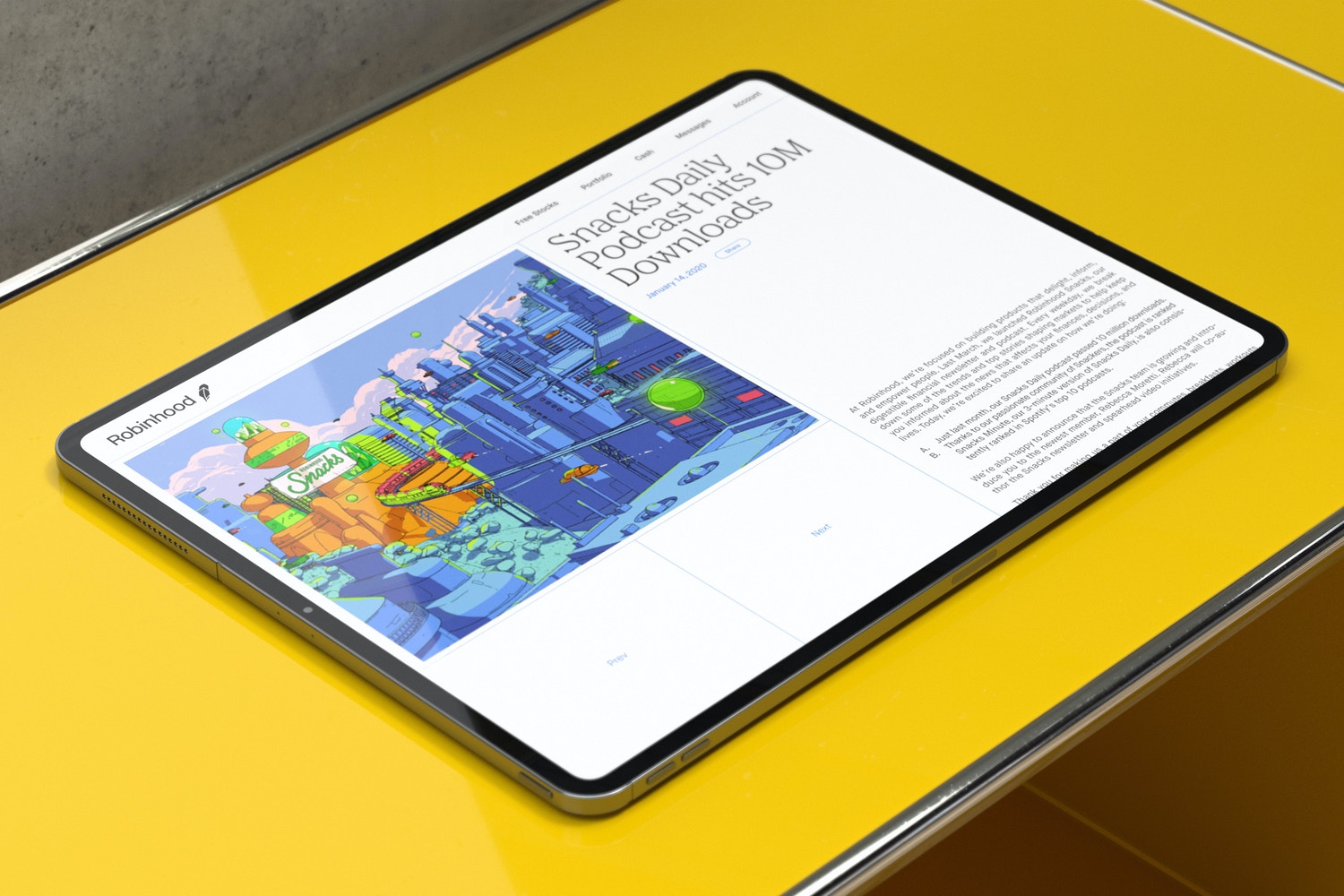 Let’s be real: many people are uncertain about their financial futures. Especially for those who lack the privilege of generational wealth, it can be hard to break into investing. High barriers to entry mixed with abstract concepts and opaque language have created a financial system that thrives on fear and confusion — asking people to surrender control of their money with little transparency in return.

In turn, individuals found themselves in an uncomfortable position: both skeptical of the financial sector while still seeking a better financial future.

Founded in 2013, Robinhood is the pioneer of successful commission-free trading and one of the fastest-growing brokerages in history in terms of new accounts. Named one of the ‘50 Most Innovative Companies’ by Fast Company, it’s built on the philosophy that everyone — not just the affluent — should have clear, accessible pathways to wealth creation.

Seven years later, Robinhood has inspired everyone from first-time investors to seasoned experts to take control of their finances while simultaneously upending the industry status quo.

Robinhood is amplifying its efforts by introducing new offerings, such as cash management and fractional shares, and entering new markets to further accelerate its mission.

Collins was invited to help redefine the Robinhood brand strategy and its expression — in partnership with internal teams — so that, as Robinhood forges this new future, its brand will match its ambition.

Our insight? Don’t just make finance “less difficult.” Make finance more engaging and understandable. And do so in a way unlike anybody else.

We began last year by hosting workshops in our San Francisco office with Robinhood’s leaders to imagine the world fifty years into the future. Not just any world, but one built around Robinhood’s values and belief that collective participation is a source of power. We then sought inspiration by visiting a variety of future-facing leaders — from self-driving car makers, to video game and animation studios like Pixar that build story-worlds, to urban planners responsible for defining the future of our cities.

From there, we worked closely with the team at Robinhood to hone their vision, strategy, language, design, and voice.

The result: an evolved, future-focused brand that balances a high-performance product experience with a more engaging and inspiring creative expression. A Robinhood that encourages customers to imagine better futures and helps to build them.

Imaginative illustrations and bold information graphics are aimed to be both evocative and instructive. Visual metaphors are used to translate complicated topics like ‘ETFs,’ ‘Fractional Shares, ‘Bull Market’’ and even the ‘American Dream’ - into relatable concepts. An educational ethos is articulated and reinforced across the product ecosystem, from the company’s comprehensive “Learn” resource to its entertaining “Snacks” podcast.

Pure and simple, these resources are an invitation — offering an intuitive product experience and refreshing perspective that meets folks wherever they are in their financial journey. We hope that this, in turn, will enable a virtuous cycle and catalyze change in people’s lives and their relationship to money.

After all, to invest is to imagine a  brighter future — and in the very act of imagining,  take the first step towards making it a reality.

When enough people decide to step up — new communities form, more resources are developed, and entire industries are forced to shift to better meet the demands of the people.