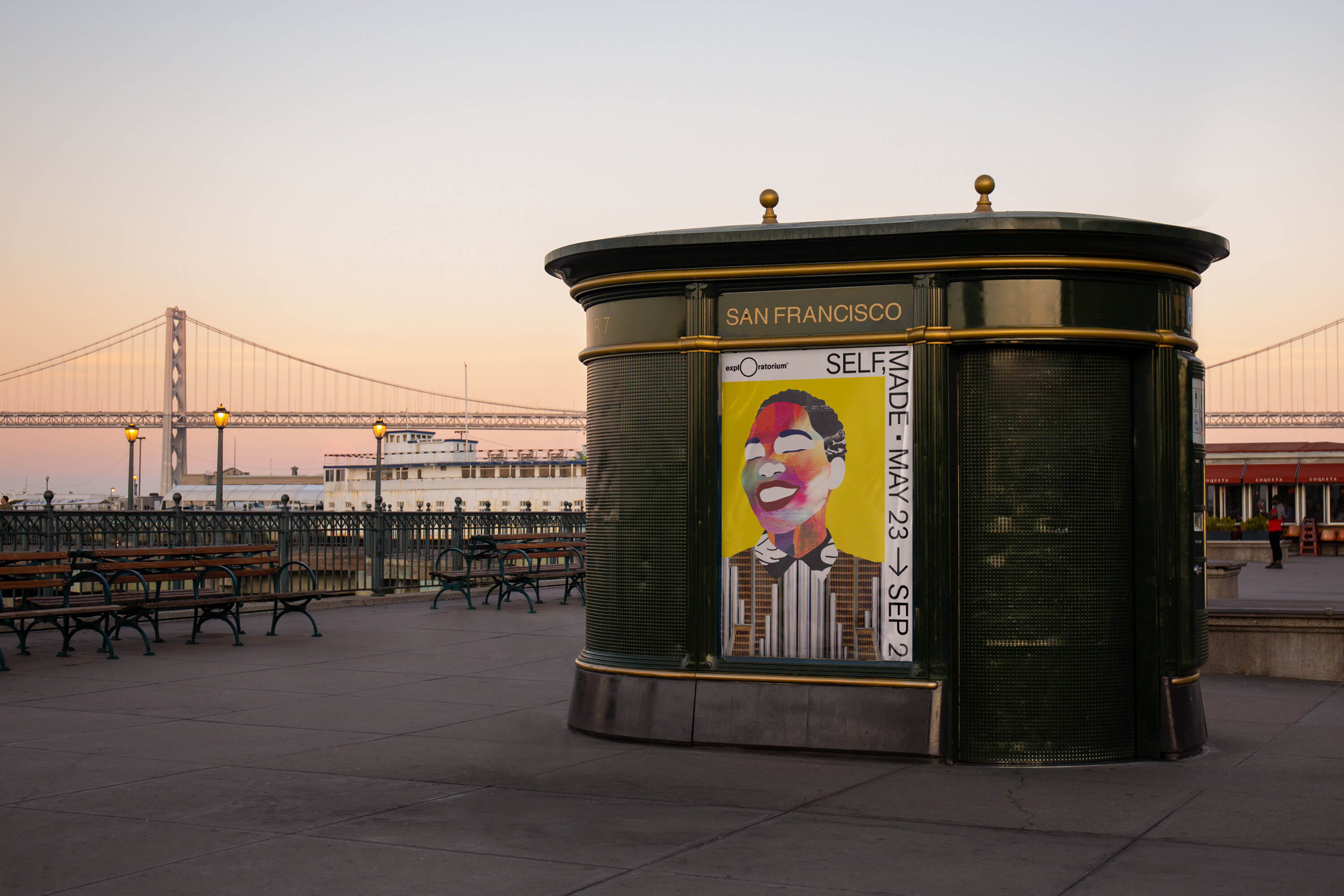 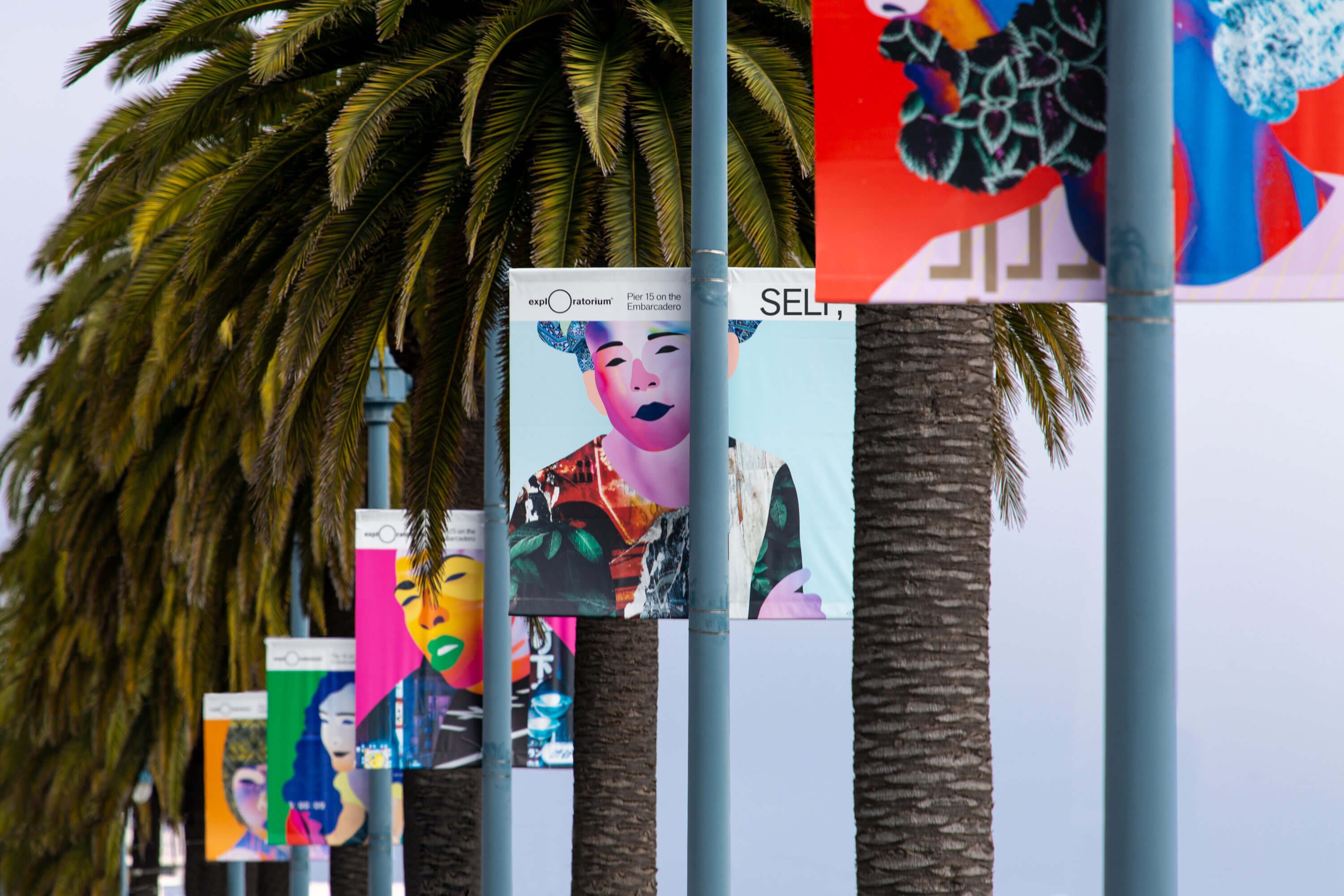 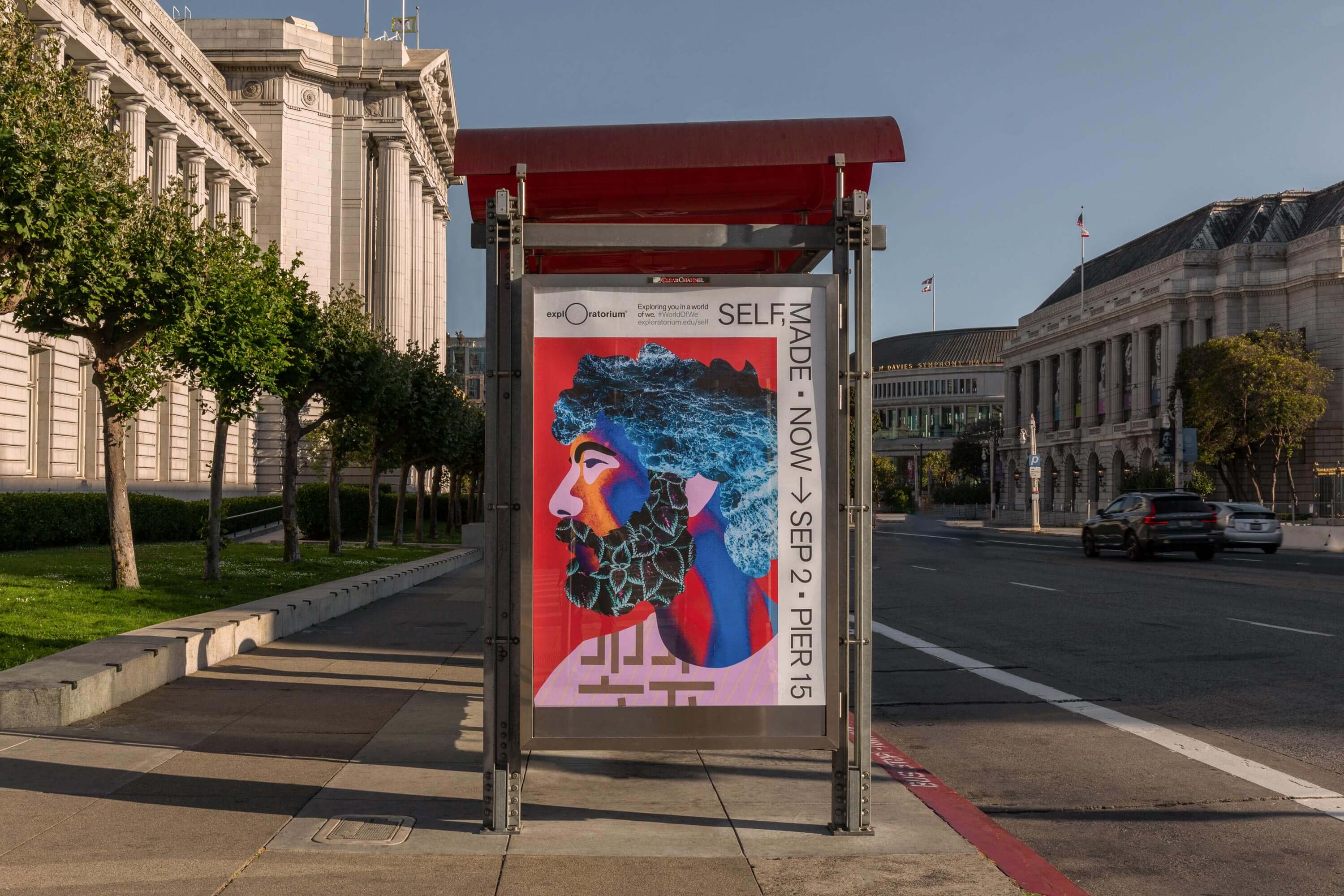 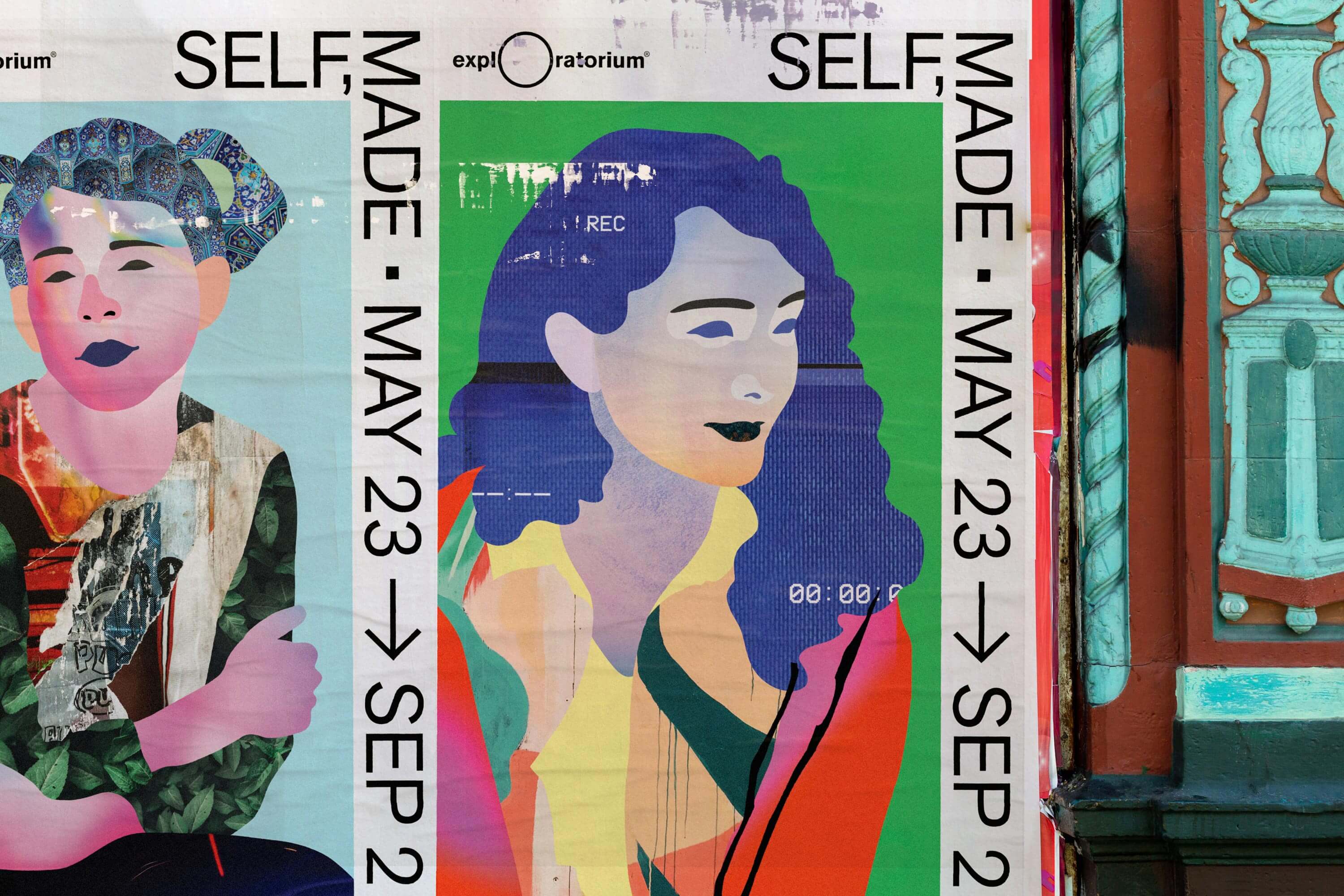 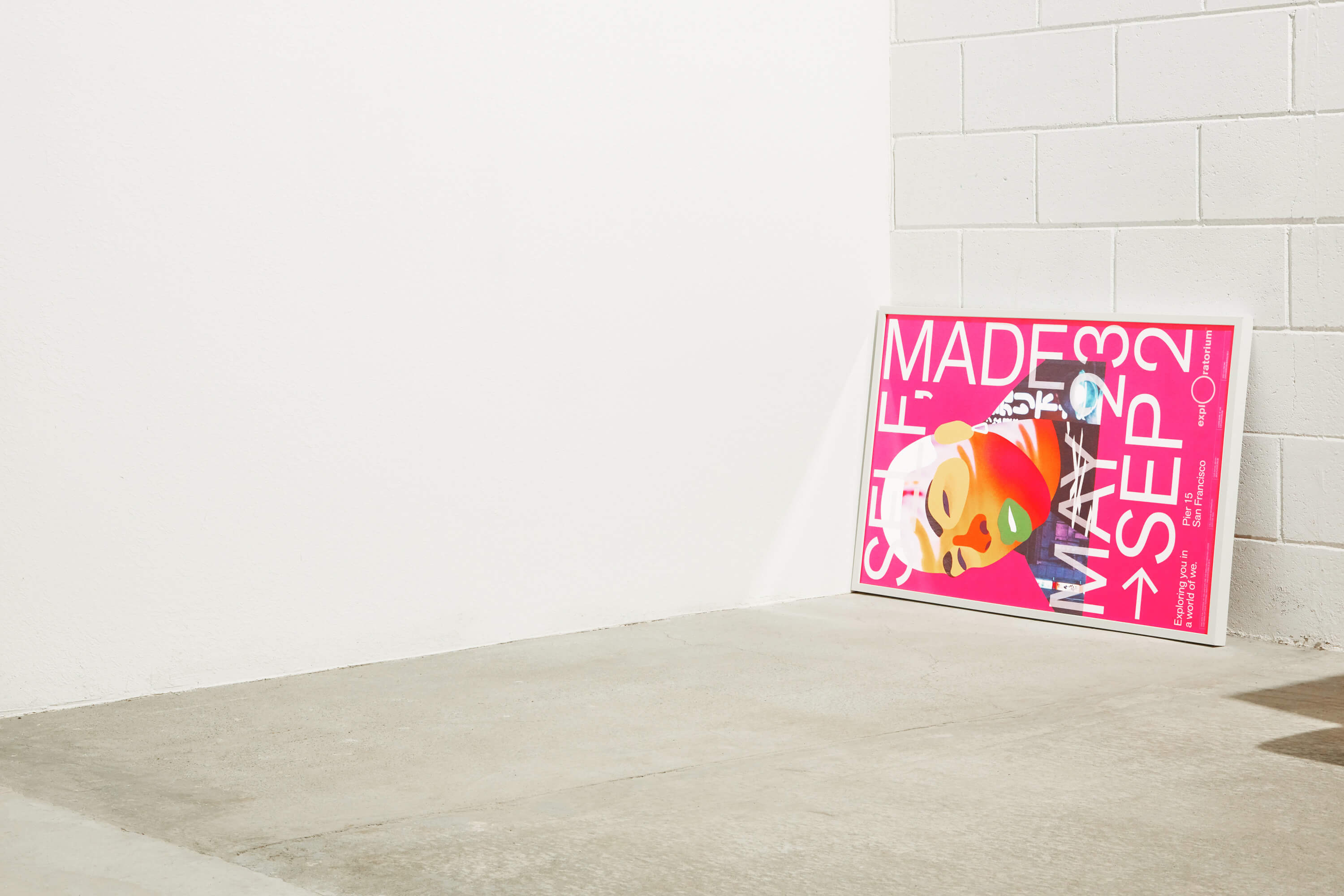 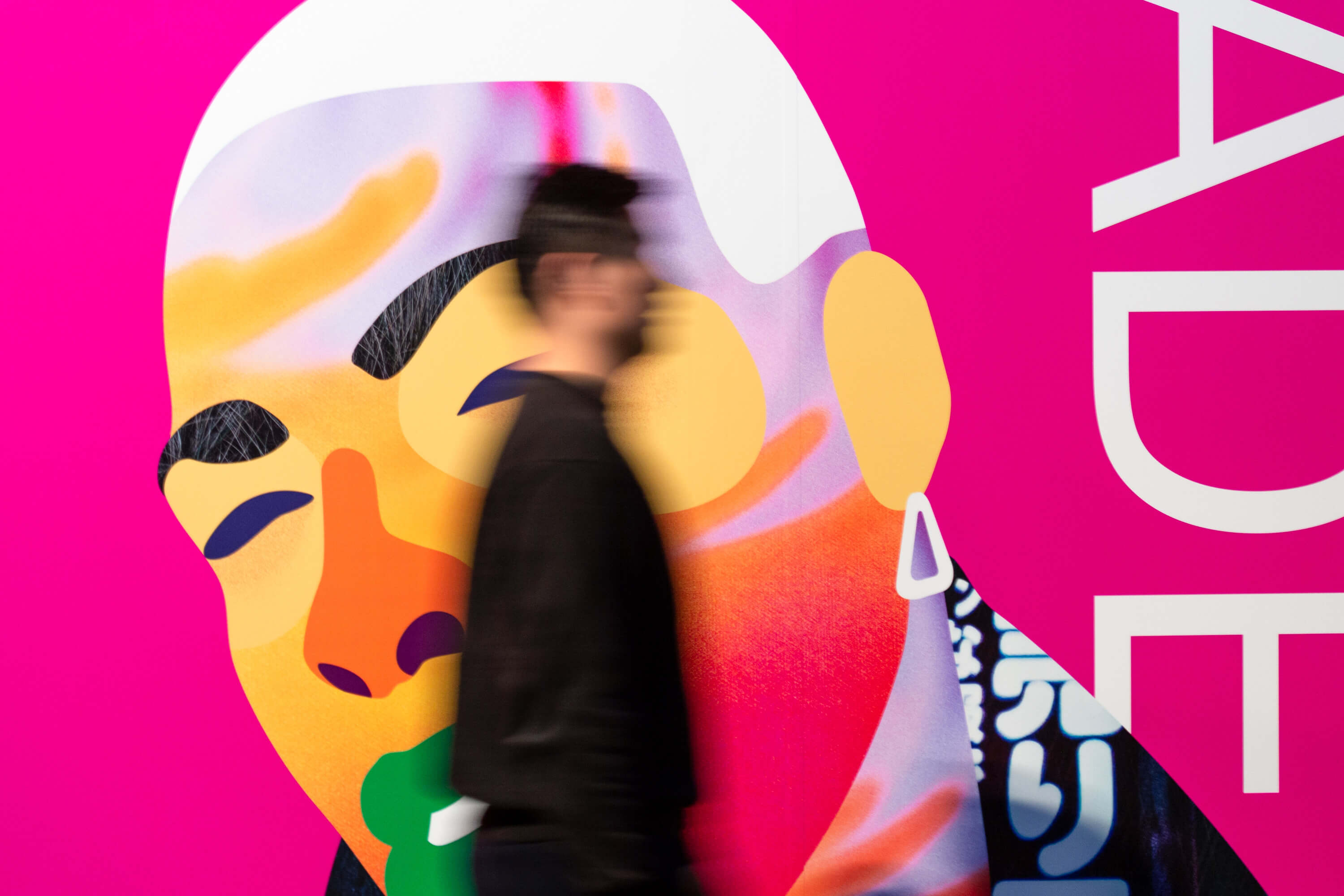 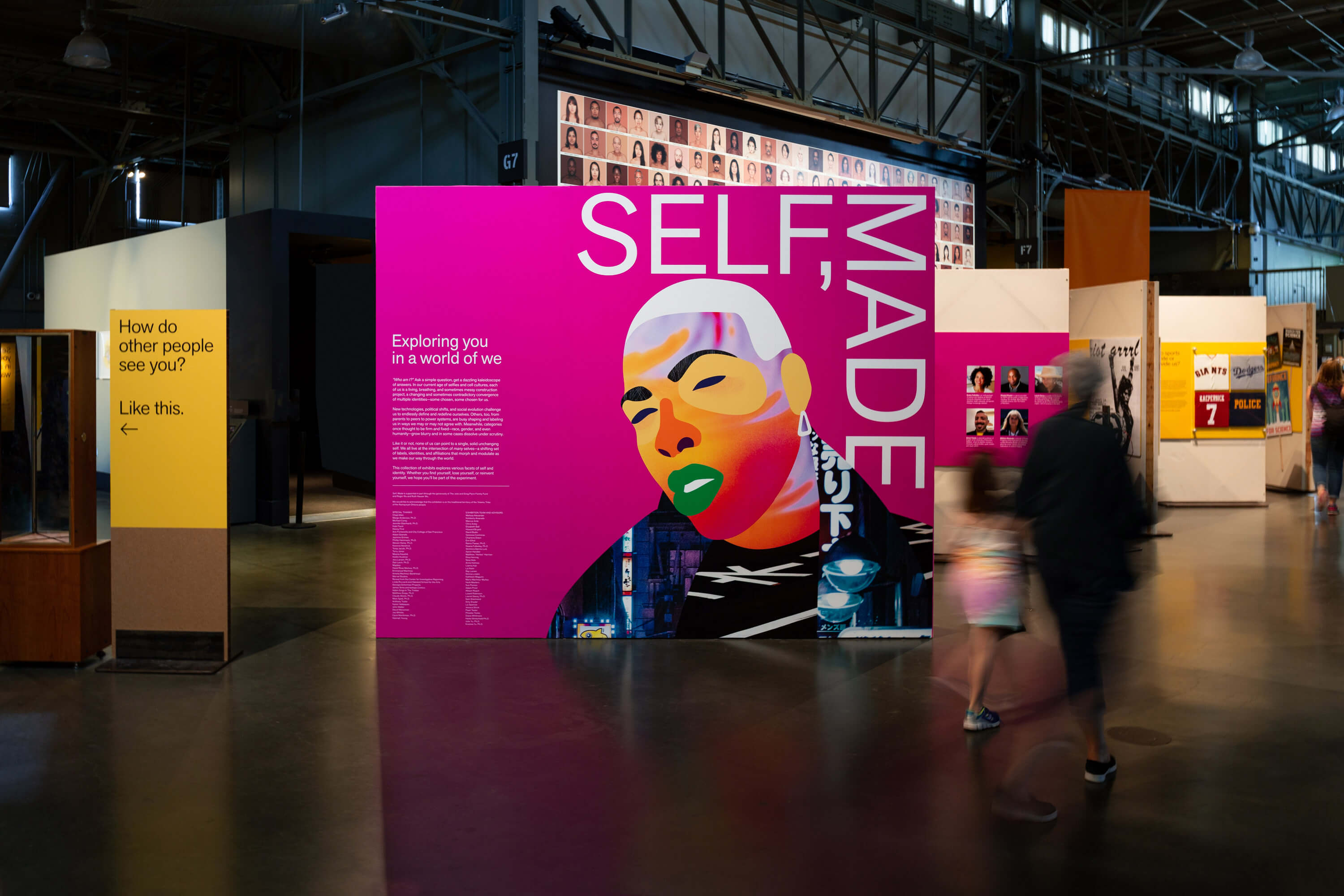 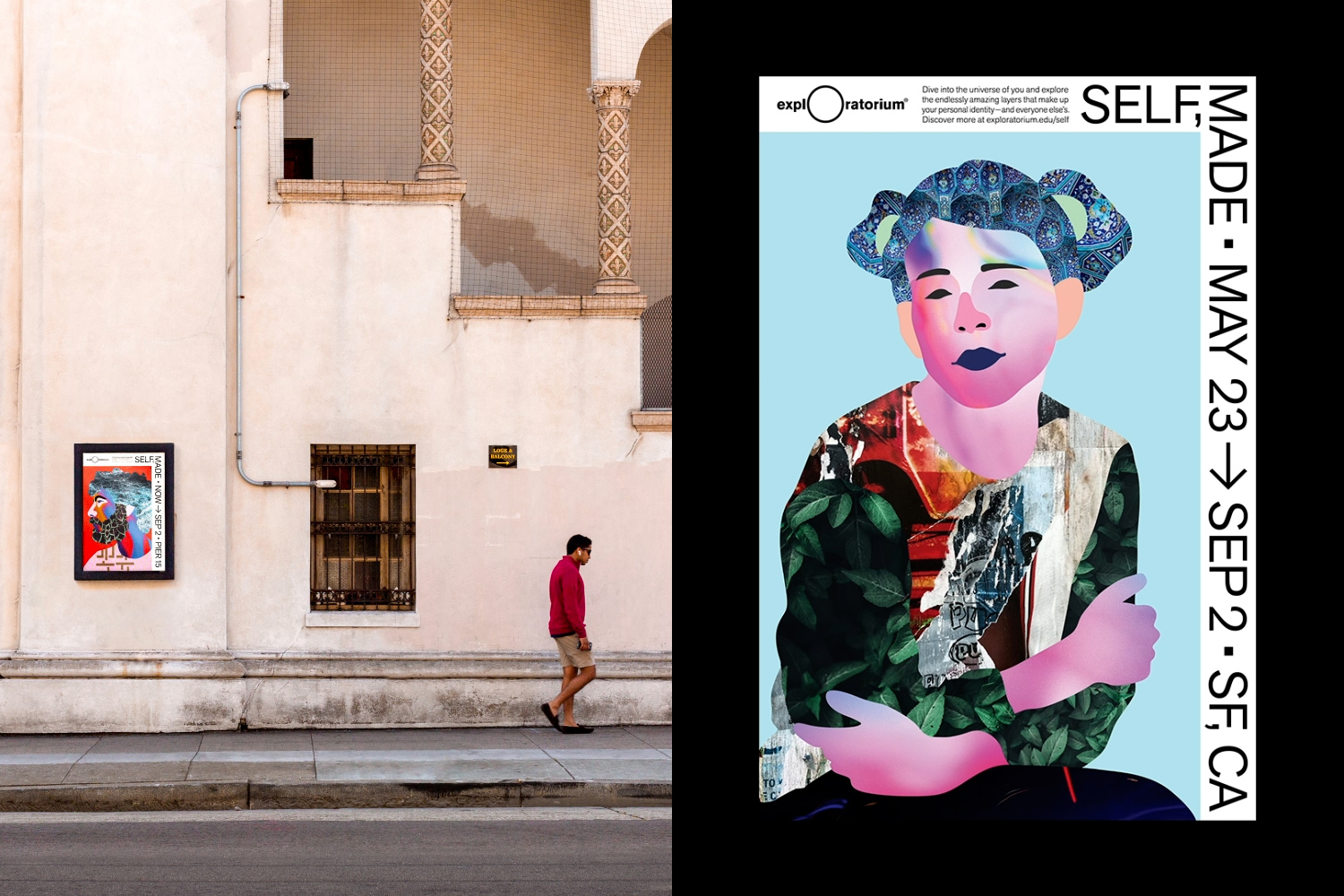 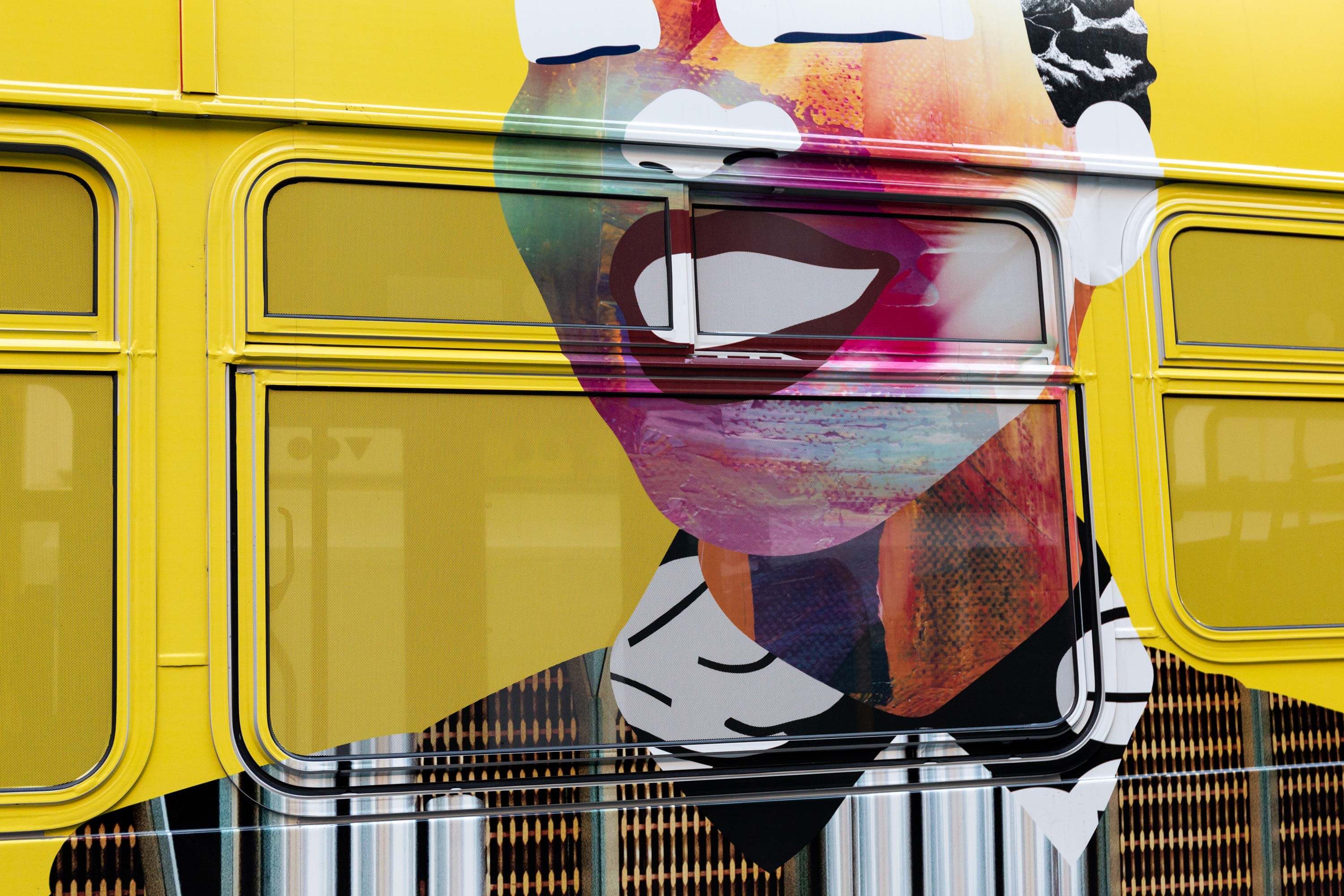 The Exploratorium’s summer 2019 exhibition Self, Made unfolded the complex yet compelling topic of human identity. The institution invited a host of outside collaborators from widely varied backgrounds to curate interactive exhibits, artifacts, and artworks designed to shift visitors’ inherent views of themselves. Among other objects, the exhibition included costumes worn in Marvel’s Black Panther and work by Kehinde Wiley, painter of Barack Obama’s official White House portrait.

As part of our ongoing partnership with the Exploratorium, we were asked to launch a marketing campaign for Self, Made.

Our approach to the campaign was inspired by the complex confluence of unseen forces that combine to create the self. We are a mash-up of our experiences, emotions, environments, DNA, teachers, music, and more. With that in mind, we developed a series of portraits that show how identity is an evolving collage, not a photograph.

People’s faces tell stories, so we created personas that were vetted by Exploratorium’s team. Each collage is stitched together using the fabric of cultural influences, natural phenomena, and abstraction. Together, it encourages viewers to go beyond the surface level of appearance and explore the depths of personality and predisposition.

Our work launched with a three-month in-person and online campaign across San Francisco. We were also invited to collaborate with the internal exhibition team to integrate our work into wayfinding, merchandising, giveaways, and posters.

With Self, Made, the Exploratorium has once again deftly shined a light on the quiet forces that shape our lives. We’re thrilled to have worked together on such a timely and important exhibition with our friends at the Exploratorium.